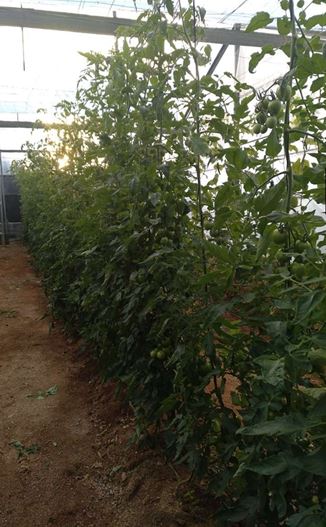 In the context of the International Recycling Day, REINWASTE project contributes to promote alternative materials which can be RECYCLED in the horticultural greenhouse sector.

The International Recycling Day is celebrated yearly on May 17th to raise awareness of the importance of recycling and to manage waste appropriately to protect the environment for achieving a sustainable and waste-free world.

Although many people are not aware of it, data are really worrying: according to the United Nations, water pollution by waste could be one of the main causes of death by 2050. Experts warn that human health will be increasingly threatened if the world does not take urgent action to stop and repair the serious damage caused to the environment by bad agricultural practices. In this sense, not only human health is threatened, but also ecosystems. The amount of waste dumped into the ocean is increasing, and every square mile of the ocean has approximately 46,000 pieces of plastic. These plastics break down in the water and end up in the food chain, which can lead to much more serious consequences than an environmental emergency.

In this context, the REINWASTE project was created in an attempt to achieve greater circularity in agri-food production  processes,  and consequently to improve waste management by reducing them and by promoting innovative solutions which can be reused or recycled, both in the primary agri-food and industry sectors.

The most common type of recycling, the one we usually do at home, is the most visible in advertising campaigns. However, there is one recycling that goes more unnoticed, which is of enormous importance, and that is the recycling of AGRICULTURAL waste.

In this context, agricultural waste can be defined as the waste from the cultivation and initial processing of raw agricultural products such as fruit, vegetables, meat, poultry, dairy products and crops. Although the amount of waste produced by the agricultural sector is significantly low compared to waste generated by other industries, the potential for pollution from agricultural waste is high in the long term. The opportunity and feasibility of recycling and reducing  this waste is driven by the growing social environmental demand for care  reflected in the new sets of rules and regulations, and to add value from this waste, in the framework of the paradigm of the circular economy.

In Andalusia (S Spain), the area occupied by horticultural greenhouses in the provinces of Almería and Granada is over 35,000 ha (90% of them located in the province of Almeria). This sector is pioneer in technological innovation and efficiency, as it produces more than three million tons of horticultural products per year with all the guarantees of food safety. It is an international reference sector due to its dynamism, efficiency and technological level. Thus, Almeria horticulture must also be an example in circular economy, especially in the use and reduction of organic and non-organic waste. However, the sector generates more than 93,000 t of inorganic waste. Among them, the most important are those which come from the maintenance of greenhouse structures and the plastics used for mulching. Unfortunately, sometimes these plastics are not properly managed,  and eventually pollute soils and underground water. Concretely, the staking elements (raffia) of the crops pose serious problems when composted together with plant waste, as composting plants reject vegetal waste mixed with raffia. Conventional used raffia is made of polypropylene, which is not compostable and generate problems in waste shredders).

To solve this problem, within the framework of REINWASTE, IFAPA, with the collaboration of AGAPA, as well as COEXPHAL and ECOGESTIONA,  several pilot tests have been designed and implemented in which new alternative materials such as biodegradable and compostable mulching plastics and raffia (staking plant elements) are tested in different horticultural enterprises in Almeria and Granada, so that these materials can be recycled after their corresponding treatment and incorporated back into the cycle without generating persistent waste. In this sense, REINWASTE is testing the use of two types of mulch, to compare them with the conventionally used one (low density polyethylene, LDPE) (control): a biodegradable-in-soil mulch and a compostable mulch. In the other pilot test two types of alternative raffia are being

The challenges to achieve by the testing of these alternative solutions horticultural practices, are the following:

• Reduction of the environmental impact.

This article is attached just below with pictures.

All news
Back to top